The vivo X Fold+ is arriving soon and we know it will have a new red color. It is also expected to run the Snapdragon 8 Gen 1 chipset, and today one unit was benchmarked on AnTuTu, giving us a sneak peek of the foldable’s performance.

The benchmark revealed the phone with model number V2229A will have a 12GB RAM and 512GB storage version and will ship with Android 12 out of the box.

The 1,100,438 score is not the highest we’ve seen on AnTuTu but is quite close to the top spot, frequently occupied by powerful gaming-oriented smartphones. However, it could be the highest for a foldable, since the Xiaomi Mix Fold 2 came 50,000 points short and the Samsung Galaxy Z Fold4 couldn’t get into the seven-digit territory. 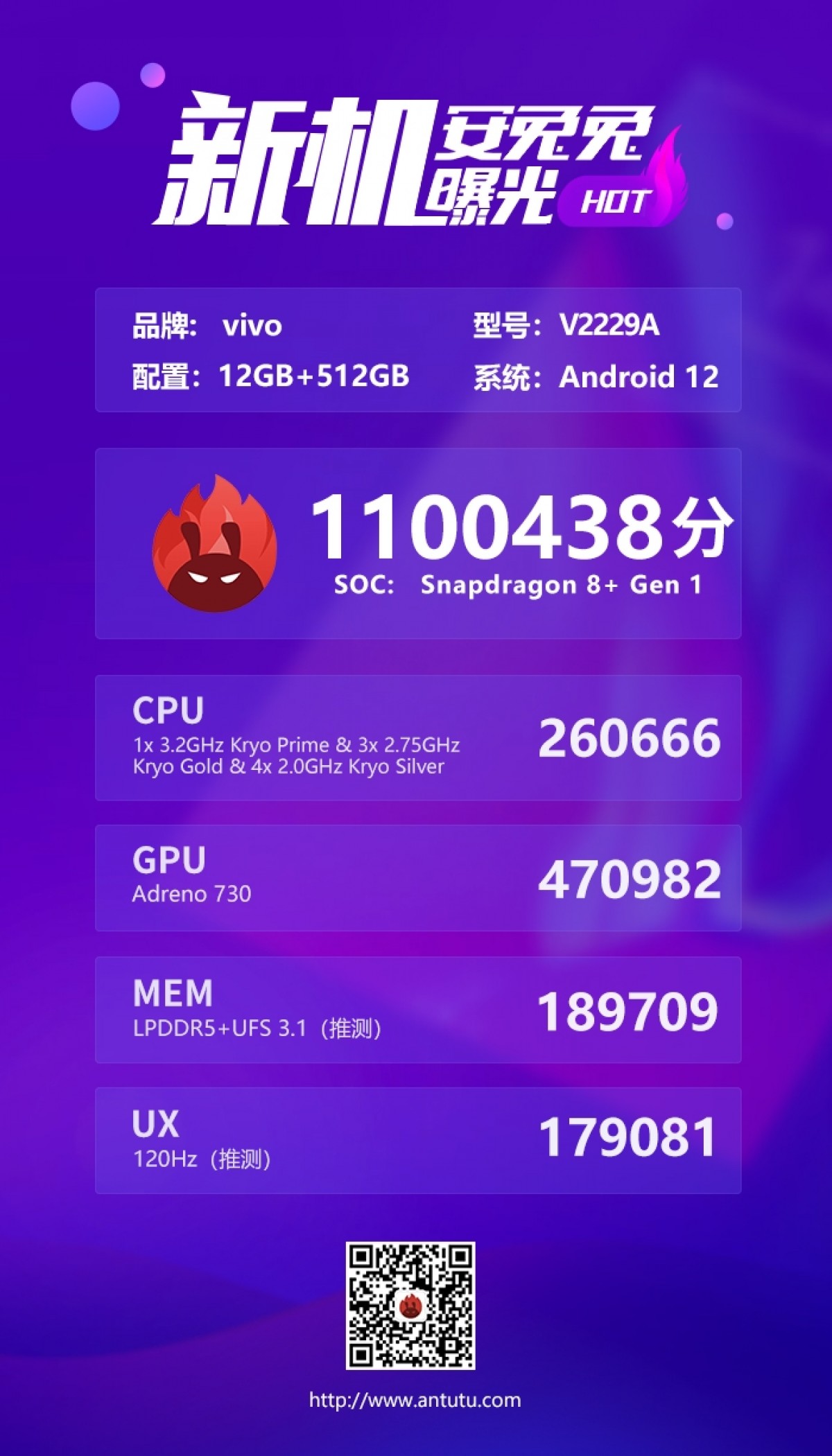 The AnTuTu result is a sum of the four key sectors and their performance – CPU, GPU, memory and user interface. We can see the X Fold+ will have LPDDR5 RAM, and UFS 3.1 storage while at least one of the screens will come with a 120Hz refresh rate. We also expect a camera, co-developed with Zeiss and an improved hinge.

Source (in Chinese) | Via